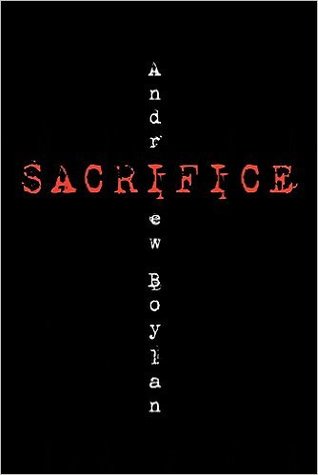 What was your inspiration for the book?

Andrew: I first heard about Los Hermanos de Penitente at my favorite breakfast burrito spot in Santa Fe, NM. A producer in Los Angeles had been trying to turn some of my short stories into a film, but the money fell through. Money always falls through on movie deals. But he still wanted to make a movie, and asked if I had any ideas for a horror film. At that time I hadn’t even thought about writing horror-anything. So I lied. I told him I had a couple thoughts. Then I hung up the phone and went out in search of an idea. A day or so later, while eating breakfast with a friend I mentioned the phone call.

My friend told me a story about a photographer who came to New Mexico in the 1930s and stumbled upon this cult called Penitente. Somehow the photographer became friends with this very secretive society of men, and they allowed him to take some pictures, however, he was forbidden to visit them during Holy Week when they performed their most sacred rites. The photographer betrayed their trust. He snuck out into the desert and took pictures anyway. A few days later, the photographer was found murdered in his motel room.

That story hooked me. I had to know more about Los Hermanos de Penitente.

How long did you research for?

Andrew:  I spent six months in the Santa Fe Public Library reading everything I could find on the Penitente. They were (some say still are) a very secretive group. There isn’t a lot of material readily available. So it took a long time gathering material. As research often does, I found myself going down many different rabbit holes. The northern New Mexico Mountains where I focused my research has a lot of intricate family lines, indigenous, Spanish, Chicano, Mexican, Pueblo, so naturally my research began to spread out genealogically. These small villages have their own hierarchies, and having no basic understanding of these traditions coming into the research, it took some time to get my bearings. After a while, it became more of an obsession.

What was the most interesting fact from your research that stuck with you?

Andrew:  In the early days of the Penitente, during the 1700s, the men would go from village to village with a little, leather sack that contained carved wood chips. One wood chip was painted red. They would go from door to door and the man of the house would have to take a wood chip from the bag. The man who selected the red wood chip would be crucified on Good Friday. That detail really stuck with me.

When did the book idea first come to you?

Andrew:  I started writing SACRIFICE as a movie script about a decade ago. There were a lot of ideas about what the story could be. It went through several different producers hands, and the project would change, and then money would fall through, or another project that was more pressing would come along. Many years later, after I moved my family from New Mexico back to New England, I was sitting in my office trying to figure out what to do. I was having a hard time finding work. I had left most of my contacts behind in the west. I didn’t want my family to starve to death. So I began looking at all my old projects. I wondered which one had the best chance of being published. That’s when I came across my box of research and screenplay drafts of SACRIFICE. I always thought it was a great story. After having had one feature film produced and working on several pilots, I knew how quickly you could go broke waiting around for Hollywood to say yes. So I decided I would turn it into a novel. As a book I knew I wouldn’t be constrained by the demands of production and financing. A lot of the story changed when it became a book. I was able to develop the history of the characters in a different way. I could explore themes that always fascinated me when I lived in the desert. I have always been interested in the theme of water and water rights in the desert. One of my favorite lines is: “Water finds a way.” I believe that is true. I also believe that water is more valuable than gold in the desert. I was also able to develop the backstory of the villain in more complete way. In a film there were few ways to delve into her past. In a novel I could. I really love that character. I love villains who by understanding you sympathize with while still wanting to see them undone.

I will say the book idea first came to me out of desperation. Desperation to save my family during a time when the economy wasn’t very good, and jobs were hard to come by.

If you decided to write yourself in to the story, what would your name be and what role would your character have?

Andrew:  If I wrote myself into the story, I would probably make myself one of the deputies. I still retain a certain nostalgic vision of the west and the lawman. I would probably name myself Del or Mac or Clive. I like one-syllable names. I like names that sound like they were chipped from rock.

How long have you been writing?

Andrew: I started writing short stories about my imagined adventures in the woods behind the house where I grew up when I was around eleven. Before that, when I was in the second grade, I remember writing stories based on the television shows I liked. At that time it would have THE DUKES OF HAZARD. I remember very clearly writing a DUKES OF HAZARD fan fiction story and turning it into my teacher in the second grade. I think I remember her telling me I needed to come up with an original idea. When I was eleven, in the fourth grade, that was the first time I wrote on a form that I wanted to be a writer when I grew up. And I haven’t stopped writing since.

Any book plans in the near future?

Andrew:  I’m actually really excited about my next book. I hope it will be out around Christmas. It is a story that has been germinating for many years.

Ten years later, a man tells Daphne that her mother’s killer was captured on the film reels of that lost movie. Daphne begins a journey that will take her from Italy to France to German, and then on a road trip across the American west as she searches for the lost reels. It is both a road novel and a coming of age story. It is about a girl’s search for her mother that becomes a search for herself.

Any interesting facts about your heritage?

Andrew: I am the son of a multi-generational preaching family. As the eldest son, I was expected to join the ministry. However, I knew I couldn’t. Although I am very interested in the Bible, religion, faith, and the search for truth, I do not see the answers the same way a minister needs to see them in order to preach. So I fled west after college to become a writer.

Andrew Boylan is the son of a multigenerational preaching family. Groomed for the pulpit, he fled west after four years at an Evangelical, Christian college. He roamed from Northern California to Kentucky, Wyoming to New Mexico in search of wild places and hunted for characters as far removed as he could find from his middle class, New England roots. Along the way, he scribbled words on yellow legal pads, the margins of racing forms, in better times a MacBook Pro with enough processing power to take down the global economy. To make ends meet he washed pots and pans, poured drinks for tourists, researched crime for news outlets, and penned screenplays. After a dozen years on the road, he got married, had kids, and returned to New England so his children would have something to rebel against. His debut novel is called Sacrifice.

2 thoughts on “Author Q & A (Sacrifice by Andrew Boylan)”