The Shadow and Light Duology by T.D. Shields is a must read for anyone who enjoys a fast paced, action packed adventure featuring a kick ass, red-headed heroine, awesome supporting characters, and a heart pounding plot! 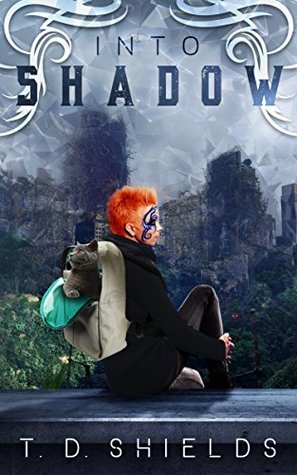 Synopsis: She’s nineteen. The President’s daughter. They want her dead.

Poppy’s father may be the President of the North American Alliance, but that just makes her a target for those wishing to topple the regime.

Barely escaping with her life, she must travel across a country ravaged by war and climate change to seek safety amongst a people who only recently opposed her. There she must use every skill learned from her military upbringing to survive terrifying beasts, deadly plant life, and lawless gangs before finally finding a group willing to accept her.

But her peace soon proves to be illusory. It’s not only the government that wants her dead now. 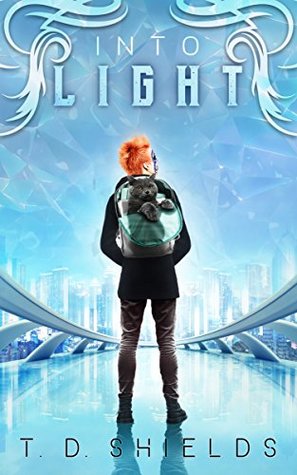 Me: Can you tell me a little about yourself?

TD: I live in Colorado with my husband, 4 kids, and 5 cats… life is chaotic around here, so it’s no wonder I need to escape into my own little story worlds sometimes! I love to meet new people and chat online, but have to be dragged out of my house to see people in person. Luckily I work from home, so I rarely have to visit the outside world.

Me: When did you begin writing Into Shadow?

TD: I started writing Into Shadow in 2014. It took me most of that year and I self-published it in January of 2015. A couple of years later a publisher picked it up and it was re-released with some new content and a beautiful new cover.

Me: Did you have any idea how long you wanted Poppy’s story to be?

TD: Not a clue! I honestly just started writing this on a whim. I’d never had any grand ambitions to be a writer, but I had this germ of an idea for a story. I decided to try writing it down and I was totally flying by the seat of my pants. I was about 4 chapters in when I realized I was actually going somewhere with this little project and realized I’d better come up with an actual plot and plan for getting Poppy out of this situation I’d written her into.

Me: What was your inspiration for Poppy’s story and the Denver group?

TD: I used to take the bus to work – about an hour each way, so I had lots of time for reading. One day I finished the last book of The Selection series (by Kiera Cass), as we were driving toward Denver. I had loved the books so much that I hated to leave that story world, so I was just kind of looking out the window and daydreaming.

Since I was in that mindset, when I looked over to see the skyline of Denver I wondered what it would be like if there were no people there. As we got into the streets of Denver, I kept imagining it. What if the streets were empty? What if no one lived here anymore? That became the basis for the setting of abandoned Denver and everything else grew from there.

Me: Do you see more of Poppy or Sharra in yourself?

TD: I don’t think I’m as awesome as either of them! I would love to have Poppy’s resilience and determination, Sharra’s loyalty, and the bravery of both of them. I do have a snarky, smart-mouthed personality like both of them.

Me: How much fun was it to write Roomie’s character?

TD: Oh man, I love Roomie so much! He was never intended to be in the story. He was seriously a single paragraph – an anonymous cat trying to steal Poppy’s supplies. And then, as cats do, he started pushing himself in where he wasn’t invited. Before I knew it, he’d become a major part of the story in Into Shadow.

Even then, I had thought that he would stay back in Denver with Marcii when Poppy went to Goodland, but he insisted on going with her. Roomie is really based on my cat Max (Maximilian Meow, to be formal), who is pushy, standoffish, and adorable when he wants to be. I’d like to think that Max would come to my rescue if it was necessary.

Me: Any future book plans or plans to expand Poppy’s story?

TD: I have the first few chapters written (and the whole story plotted out) of a spin-off from Poppy’s world featuring a Liberty Pack member who decides to leave Denver behind for the excitement of the capitol city. That’s a fun story that I’m looking forward to finishing.

First though, I have to finish Bump in the Night. That’s a whole new series opener about a ghost-busting cat. (You may notice a cat theme in my storylines, but I swear I’m not REALLY a crazy cat lady!) I have only 3 chapters to go to finish it up! Then editing and re-writes begin, which is actually the part I like. First drafts are hard, but second drafts are where you get to have fun getting all the details and conversations right.

Me: What do you enjoy doing in your spare time, besides writing?

TD: I love to read! Thank goodness for ebooks, because they have saved me from having my entire house overflowing with physical books. My favorite genres are dystopian and urban fantasy.

I am also far too addicted to silly online games like Candy Crush, which my husband and I love to play while we binge-watch Netflix.

TD Shields is always willing to give up sleep in exchange for a good story – whether she’s reading it or writing it. She has a (more than) full-time job and a bunch of kids (four, to be exact), so writing time rarely begins before midnight. Luckily, her husband picks up the slack in the family to allow her time to write and/or occasionally get some sleep. She lives in Colorado with a group of spoiled cats who love her husband best.