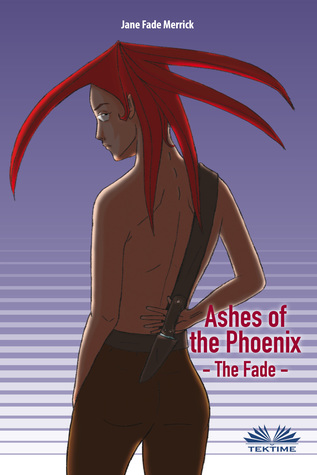 Book Title: Ashes of the Phoenix -The Fade-

An illustrated Slice of Life novel.

Three lives entwine because of a subtle coincidence. A girl on the edge of society, an extremely rich weird kid and one of the most popular pop stars of the planet.

Fade lives a life left on her own, struggling constantly to survive in a society that swallows everyone who doesn’t keep up with its pace; her only company is a kitchen knife and a scar embedded in her leg that reminds her every day of who she is and why she is there. While she’s stealing in a supermarket, she meets Jag, a boy with a disturbing appearance who convinces her to join him in his weird plan: to become the main sponsor of one of the most successful bands of the moment, of which he’s a huge fan, and – apparently – he doesn’t lack the money to do so. She allows herself to be convinced to meet Nef, a typical playboy, who eventually will learn that the world isn’t all at his feet like he thought…

Ashes of the Phoenix is a fast paced, intriguing read! It is full of passion, humor, and crazy plot twists! If you enjoy zany characters and frivolous, yet emotional reads, this one is for you!

I really enjoyed this book. It felt like it could have been written as a manga because it had a fun, quirky story-line. It had a quick pace and and interesting, unconventional characters! It definitely had humorous moments, as well as emotional moments. The plot had several crazy twists that kept my attention and made me feel like I was watching an anime.

I enjoyed Fade’s character. She was tough and powerful. She had a horrible past and was most definitely conflicted about life and emotions. I loved the symbolism of her weird hairstyle and I felt like she was portrayed as a symbol of mental and emotional issues.

If you are an adult that enjoys young adult books, and manga or comics, this one is definitely worth a read. It had some mature content, but offered the frivolousness and whimsy of a young adult, manga style book. It didn’t have as many illustrations as I would have liked, but the ones that were included were pretty awesome. I would rate this one 3.5-4 stars. It was carefree and emotional all at the same time, entertaining, and enjoyably silly.

Thank you to the author for providing me with this free copy in exchange for my honest opinion!

Image used is by the author, from the book.

4 thoughts on “Ashes of the Phoenix by Jane Fade Merrick”