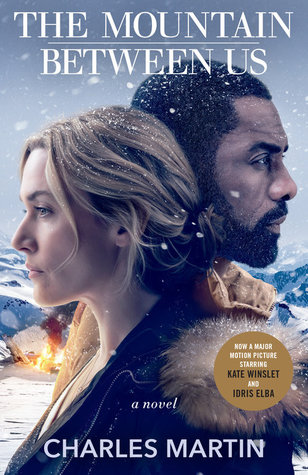 Book Title: The Mountain Between Us

Synopsis: When a blizzard strands them in Salt Lake City, two strangers agree to charter a plane together, hoping to return home; Ben Payne is a gifted surgeon returning from a conference, and Ashley Knox, a magazine writer, is en route to her wedding. But when unthinkable tragedy strikes, the pair find themselves stranded in Utah’s most remote wilderness in the dead of winter, badly injured and miles from civilization. Without food or shelter, and only Ben’s mountain climbing gear to protect themselves, Ashley and Ben’s chances for survival look bleak, but their reliance on each other sparks an immediate connection, which soon evolves into something more.

Days in the mountains become weeks, as their hope for rescue dwindles. How will they make it out of the wilderness and if they do, how will this experience change them forever? Heart-wrenching and unputdownable, The Mountain Between Us will reaffirm your belief in the power of love to sustain us.

The Mountain Between Us is emotional and thought provoking. This one will take you on a journey of survival. Prepare to be immersed in a suspenseful story full of atmosphere and passion!

I had initially planned on reading this before I saw the movie, but sometimes plans don’t always work out. So, when I read this, I tried to distance myself from the movie, while also comparing to the movie. With the movie aside, this was an elegantly written book with a well developed story setting, and some seriously emotional character development! I truly enjoyed this one. It was a quick, easy read that packed a punch.

The setting of the story was astounding. Martin used some amazing imagery that made me feel like I was stranded on top of the mountain with Ashley and Ben. I could see everything clearly, and felt a true sense of danger and urgency, along with the beauty of the scenery.

The plot was very well written. It had some beautiful moments, some harrowing moments, and a good bit of humor to lighten the emotional suspense. The plot twists were expected and unexpected at the same time. This wasn’t just a story about two strangers surviving a deadly accident. It was a story of life, love, and surviving heartache. And, the personalities of the characters came through with such clarity and intensity to reflect this!

Ben was beautiful and almost surreal at times. He was an amazing doctor, a loving, caring man, and he was strong and brave. He was also emotionally vulnerable and guarded at times. He seemed like the perfect man with human flaws, and his determination to keep Ashley alive was fascinating!

I would have to say that Ashley was a literal heroine. Though, physically, she was unable to do what needed to be done to help the pair survive and find rescue, mentally and emotionally she was incredibly brave and strong. She was clearly suffering inside, but managed to keep a positive, and humorous, vibe and attitude with Ben. I truly believe that he would not have been as strong without her.

This story spoke to me on such a deep level. It spoke of the will to survive, love, and humanity. It spoke of fighting with everything you have and not losing hope, even in the darkest of times. Whether you have seen the movie or not, I would recommend this book to everyone. It was definitely better than the movie, and was worth the read, despite knowing most of what happened.

Thank you to Blogging for Books for providing me with this free copy in exchange for my honest review!

As readers, I know we will all eventually want to know “how did the movie compare to the book?” We tend to scrutinize movies and television shows that are based off of books. Why? Because, it is important to us for producers to accurately capture the plot and feel of the book without changing it to capture an audience who may never truly appreciate the underlying beauty.

With that being said, I feel like the movie captured the feelings I felt while reading the book. There were definite changes, which I will list below, but the major points of the book remained, and the emotion and suspense was there. The movie was beautiful, albeit a little slow at times, but that was actually a good thing. It meant that the producers did not try to pack as much action in as they could to keep a certain type of audience. There were slow moments in the book as well. There were only two characters for the majority of the time, and only one of them could really do anything. The actors in the movie may not have been a 100% hit for me in regards to Ashley and Ben in the book, but I still think they did a good job.

So, some of the major differences I noticed as I was reading were:

*I believe in the movie Ben was a neurosurgeon (and had the last name of Bass, not Payne), and in the book he was an orthopedic surgeon.

*The pilot was named Walter in the movie, and Grover in the book.

*The dog was a different breed.

*The circumstances surrounding Ben’s wife were different, and we actually got to know her in the book.

*The pair boarded the plane before the flight was canceled in the book.

*Ben is the one that seeks out, and offers, to charter the plane with Ashley.

*In the book we get to know way more about Ben and his life.

*There was no love scene in the book.

These are the main differences I noticed. I am sure there are more, but they weren’t as notable for me. But, despite these differences, the movie was very enjoyable and still captured the essence of the book. Even with the addition of the love scene, that felt like it would have fit in the book, and I was expecting it. So, the movie did quite a good job, in my opinion, and I think anyone who truly loves the book will enjoy the movie!

9 thoughts on “The Mountain Between Us by Charles Martin: Review and Movie Comparison”