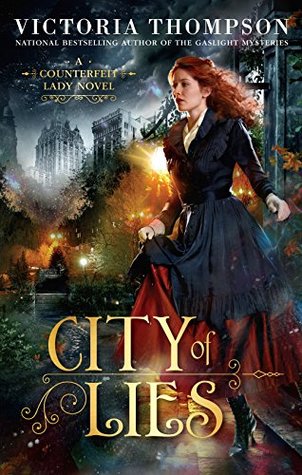 Like most women, Elizabeth Miles assumes many roles; unlike most, hers have made her a woman on the run. Living on the edge of society, Elizabeth uses her guile to relieve so-called respectable men of their ill-gotten gains. But brutal and greedy entrepreneur Oscar Thornton is out for blood. He’s lost a great deal of money and is not going to forgive a woman for outwitting him. With his thugs hot on her trail, Elizabeth seizes the moment to blend in with a group of women who have an agenda of their own.

She never expects to like or understand these privileged women, but she soon comes to respect their intentions, forming an unlikely bond with the wealthy matriarch of the group whose son Gabriel is the rarest of species—an honest man in a dishonest world. She knows she’s playing a risky game, and her deception could be revealed at any moment, possibly even by sharp-eyed Gabriel. Nor has she been forgotten by Thornton, who’s biding his time within this gilded orbit, waiting to strike. Elizabeth must draw on her wits and every last ounce of courage she possesses to keep her new life from being cut short by this vicious shadow from her past.

City of Lies is more than just an intriguing mystery. It is an exciting, elegantly written historical fiction story about strong women, crime, betrayal, and wit. This one has all the makings of a fun crime novel, with the addition of women fighting for what they believe in, and rising above their times! For those who love historical fiction with flare and cleverness, this one is for you!

I was pleasantly intrigued by this book. Though, the synopsis doesn’t quite match the true feel of the story, the book itself was an exciting read! I am a little ashamed to admit that I did not remember learning about the women’s movement involved in this story, and in history, that ultimately led to our right to vote, but I am most definitely going to be doing more research to learn all that I can. I felt like that was an amazing addition to the story.

The plot of the story was spectacularly written. Elizabeth Miles was on the run from a man named Oscar Thornton because she and her brother, Jake, had cheated him out of a large sum of money. She found an opportunity to escape his sight by joining the Suffragists in a protest in front of the white house, and things quickly spiraled from there. She became involved in their cause, and emotionally connected with several members, and not only had an amazing character transformation, but also found ways to aid her escape from Thornton’s hunt.

Elizabeth was so fascinating. She was clever, witty, sneaky, and brave. She was a great con artist, but also had a few hidden morals that showed throughout the story. I felt like she almost measured up to Audrey Rose from Stalking Jack the Ripper, and Lady Helen from The Dark Days Club, in my eyes. I loved seeing the emotional changes she faced, and I am excited to see what happens next!

The rest of the characters were a little less developed than I would have liked. But, they were still enjoyable nonetheless. Gideon was a fair match to Elizabeth’s wit. Anna was an amazing friend, and strong woman, and Mrs. Bates and Mrs. Vanderslice were both strong characters.

I truly loved how the story mixed a large amount of historical aspects in with the fictional story of Elizabeth and her con-artistry. The history of the Suffragists was used to help shape Elizabeth’s character, and to shape the time of the story, which led to a fair amount of enjoy-ability in the world building. I was able to get a true feel of the time from the description and imagery the author used. I cannot wait to read the next installment in the series! 4.5 stars for this one!

“I promise I will never be boring. I will be the most interesting woman you’ve ever met.”

Thank you to NetGalley for providing me with this free e-copy in exchange for my honest review!

Quote used is from the book, written by the author.

Despite the synopsis for this book, a good bit of it actually focused on a women’s movement involving the Suffragists, or Suffragettes, from the early 1900’s. This group was dedicated to making the government allow women to vote in elections! Part of the book takes place in the Occoquan Workhouse, where some of these activists were kept imprisoned, and treated very poorly. You can read an article about it here.

I don’t remember learning much about this movement in history class, but after reading this book, I am thoroughly intrigued! I am going to do some research on it. I found another interesting article regarding the movement, here.

This was a group of brave, strong, determined women who sacrificed so much for the rights we have today! These women led marches, protests, and hunger strikes. They were imprisoned and abused for fighting for our rights! They were force fed during imprisonment while on this hunger strikes too. I have found information about these incredible women on Wikipedia and a few other sites, and I am going to continue my research.