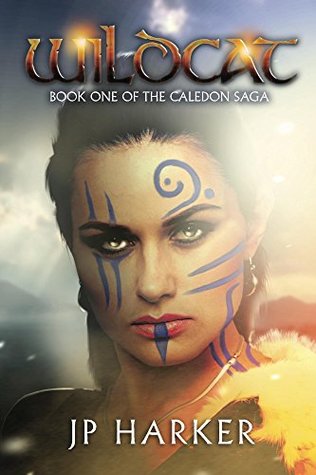 Wildcat is powerful, dangerous, and intriguing! This one is full of action, mayhem, and betrayal! For fans of The Mists of Avalon and Game of Thrones, this one is sure to take you on a wild ride full of twists and turns!

The first thing I noticed about this book was the kick ass cover! That cover conveyed so much to me, and the story beneath did not disappoint! Wildcat was full of intense, gory battle scenes, passion, sadness, and surprises. There was danger and betrayal at every turn, and so many unpredictable plot twists!

The world J.P built was phenomenal. He used such descriptive imagery, that I felt like I was watching a movie. I could imagine what each place looked like, and could clearly see the battle scenes in my mind.

The plot really reminded me of The Mists of Avalon. It had the enjoyable, mystical feeling that I had when I read, and watched, The Mists of Avalon. I have never read, or watched, Game of Thrones, but from what I have heard of it, this one seemed perfect for fans of Martin’s work. I found the plot to be highly engaging, with a medium pace, and enjoyable unpredictability! It satisfied the celtic/warrior battle lover in me, while holding my interest and immersing me in to the old world.

I would have liked to see a little more character development. I loved Rhia’s character, but I felt like she was the only truly developed character. She was strong, courageous, vulnerable, and fierce. Her journey, and development, were powerful and engaging.

This was not a short story by any means. With that said, I did not feel like it dragged or suffered from filler. My only real critiques were the occasional editing mistakes, and a few awkward sex scenes. Other than that, and the lack of character development, I really enjoyed this book. It was intense and intriguing! It had a bit of mystery to it, a little humor, and a lot of excitement! I am looking forward to finishing the saga!

5 thoughts on “Wildcat by J.P. Harker”