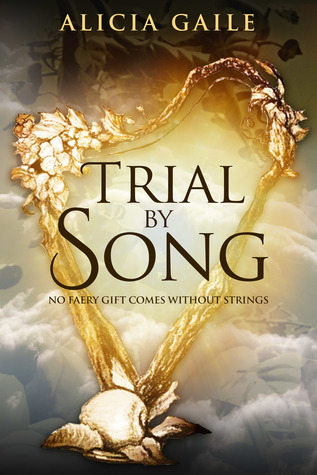 Synopsis: As the youngest of seven brothers born with magical gifts, Jack’s often felt he has something to prove. But revealing their powers makes them targets of the fae, who will stop at nothing to hide their existence from mankind. So when Jack sneaks out on Halloween to compete in a local Battle of the Bands, he breaks his family’s cardinal rule to guard their secret at all costs.

But old enemies have returned and new dangers are awake.

When Jack gets dragged through a portal and winds up in Faerie, he stumbles across an ancient relic he simply can’t leave behind. And escaping from Faerie is only the beginning as the harp’s former owner is determined to see that Jack pays for his crime.

With magic and monsters closing in from all sides, Jack must sever his ties to Faerie before the fae’s legendary Wild Huntsman comes for his soul.

Snow White was first published by the Brothers Grimm in 1812 with the title Sneewittchen. The Evil Queen attempts to kill snow White three separate times when the huntsman fails; The first by lacing her up too tightly in a silky laced bodice, the second with a poisoned comb, and the third with the poisoned apple.

There are several known versions of the original tale. The oldest is thought to be from 5000 years ago known as “ATU 328 The Boy Who Stole Ogre’s Treasure.” The most well known version is from Joseph Jacobs (1890). Most versions involve the trading of the family cow for magic beans that grow a beanstalk that leads to an ogre, or giant’s, castle in the sky. Jack proceeds to steal several items from the monster, including a magic harp, resulting in him becoming angry and coming after Jack.

Little Red Riding Hood can be traced back to the 10th century to many European tales, including the Italian The False Grandmother. The most well known versions come from Charles Perrault and the Brothers Grimm. The tale involves a young girl, and her red cloak, paying a visit to Grandmother’s house and being approached by a big bad wolf. She refuses the wolf her basket of goodies, so the wolf finds her Grandmother’s house, eats her, and poses as her to try to eat the girl. Upon gobbling up both and falling asleep full, the wolf is killed by a hunter, or sometimes woodcutter, and Red and Grandmother are saved.

Hansel and Gretel was recorded and published by the Brothers Grimm in 1812. Hansel and Gretel are left in the woods by their parents (due to food shortage in their household to avoid starving themselves) and are enticed and capture by a cannibalistic witch in a candy house. Many speculations exist about the inspiration behind the story, such as actual events occurring during the Great Famine in 1315–1321 where desperate people actually turned out family members to save on food, and resorted to cannibalism, and also a story involving a neighboring male baker being jealous of a great female baker and her talent and accusing her of witchcraft.

Trial by Song is an alluring twist on several classic faerie tales. Full of magic, and darkness, this one sings with originality. If you enjoy unique mashups of different stories, then this will be music to your ears.

Gaile did a fantastic job of weaving together the old and the new. I loved getting the unique bits from the classic tales mixed in with new twists and turns. The story was refreshing and exciting!

The world she created for the Fae was dark and mysterious. It was vivid and alluring and unlike anything I have encountered before. There was such depth and intrigue to the history and details of the Fae and their home. There was even a nice mix of Celtic mythology woven in to make the tale feel old and traditional.

And I very much enjoyed the dynamic characters of the story. Jack was such an upstanding guy, and yet, he had a rebellious side that got him in to trouble quite often. Logan was such a flirt, and added humor to the mix, and I loved Eira’s stubbornness and need to be independent.

I was captivated by the story and the world. I loved the dark twists on Snow White and Jack and the Beanstalk, and the savory hints of Little Red Riding Hood and Hansel and Gretel! Gaile truly performed magic here because she managed to create a story that could stand as its own faerie tale for those who aren’t familiar with the original tales, and she created a tale that offered nostalgia for those who know and love the original stories. It was the perfect blend of retelling and creativity. 4.5 stars (or 5 mermaids because I think only the Brothers Grimm would try cutting a mermaid in half).

I couldn’t resist sharing these stunning Faerie Tale drawings done by the author, Alicia Gaile, herself. She created a whole series of 12 as a calendar series, so click here to see them all.

If these don’t sing you a song about Faerie Tales, I don’t know what will!