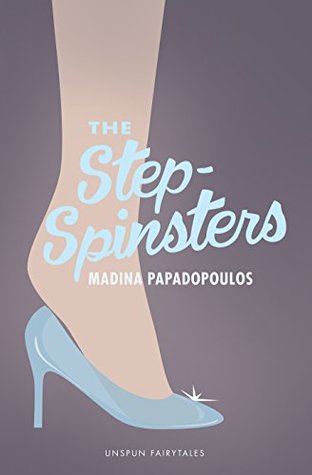 Synopsis: Once upon a time, in a land far, far away…

…(actually, in Medieval France, to be exact) there lived Cinderella’s stepsisters, Fredegonde the tall and Javotte the small. They wake up the morning after the legendary ball to learn that they each still have a chance to be the bride—all they have to do is make their feet fit into that tricky slipper. Alas, these two damsels under stress never quite seem to fit in anywhere. But that doesn’t stop them from wishing and hoping as they set upon a quest for grooms and grandeur of their own.

The original tale of Cinderella, or the Little Glass Slipper was written in 1634 by Giambattista Basile, and published in Italy. The most popular version was published by Charles Perrault in 1697, where he introduced the fairy god mother, and later adapted by the Brothers Grimm in 1812, where the step sisters had their eyes pecked out by birds.

The Step-Spinsters was a cheeky retelling about Cinderella’s horrible step sisters. It was full of humor, frivolity, and important moral lessons. I enjoyed how entertaining and unique it was.

It was definitely a different spin on the classic tale. Cinderella wasn’t the perfect, kind, sweetheart she has always been known to be. The step sisters were a little more humanized, and a bit lonely, and the Count wasn’t the charming prince he was cracked up to be either. It was an interesting turn of events involving the age old adage “what you see isn’t always what you get.”

There was also an important message about being yourself and not doing things just because they are expected. All the characters learned important lessons about life and love, and not marrying just for money or notoriety. The story playfully poked fun at the ridiculous ideals of the times and old faerie tales.

I could compare this one to My Lady Jane. It had the same type of humor and feeling. It drew me in and had me laughing and rolling my eyes at the same time! There was a little bit of magic, some hilarious conflicts, and a bittersweet type ending. It had a touch of darkness, a dash of sentiment, and a whole lot of intrigue! I’d rate it 3.5 entertaining stars (or 4 mermaids).

*Charles Perrault described the stepsisters as “proud and haughty” instead of ugly.

*He also described Cinderella as being lovelier than her stepsisters, but described the sisters as being more fashionable.

*The Brothers Grimm described the stepsisters as being beautiful but having black hearts.

*In Perraults version, the stepsisters are forgiven and invited to live in the palace with Cinderella and are married to wealthy lords.

*The Brothers Grimm had the stepsisters chopping off toes and heels in attempt to fit the slipper.. The stepsisters were also sentenced to be blinded and mutilated by pecking pigeons and doves.

16 thoughts on “Faerie Tale Friday: The Step-Spinsters by Madina Papadopoulos”