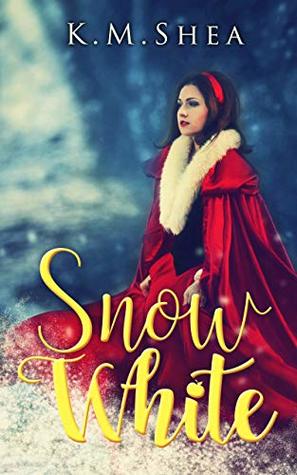 Synopsis: Once upon a time, a princess and her stepmother ruled together with all happiness and joy…until the Queen’s chronic headaches and mood swings escalate to violence, and Princess Snow White is forced to flee for her life.

Snow White is certain that a dark magic has pushed her once loving stepmother into madness. Shy and bookish as she may be, she will do whatever is necessary to save the Queen, even if it means approaching the infamous Seven Warriors—a group of outspoken fighters who live in the forest—to ask for their help. Unfortunately, six of the men are not convinced the Queen can be redeemed.

But Fritz, the seventh warrior, is different.

Hailed as both a deadly fighter and a humble forester, Fritz senses there is more to the Princess than there appears to be. When magical horrors attack, his mind is made up, and the Seven Warriors pledge their loyalty to Snow White.

With the warriors helping her, Snow White is certain her stepmother can be saved. But just when victory seems near, a poisoned apple changes everything…

The Brothers Grimm first published Snow White in 1812, and later revised it in 1854. The original tale did not have names for the dwarfs, as those came from a Broadway play in 1912, and then were renamed in the 1937 Disney film.

In the original tale, the evil stepmother attempts three times to murder Snow White. She uses a corset laced up too tight, a poisoned comb, and finally a poisoned apple. In the end, she is forced to dance in red hot iron slippers until she dies when she shows up at Snow White and the prince’s wedding.

K.M Shea has yet to disappoint me. Her faerie tale retellings have been my favorite since book 1, and that has not changed. Snow White was everything I hoped it would be and so much more!

Kitty’s version of Snow White was beautiful and powerful. I loved the twists she added to the original tale to be able to write in her powerful females and positive message on the importance of family and love. I loved the humor found within and all the banter between the “Seven Dwarves (warriors).” And, I loved that the story focused on Snow White fighting for her step-mother and learning how to be a true queen rather than focusing on her prince charming.

I could not stop laughing while reading this one. The Seven Warriors (Kitty’s Seven Dwarves) were so incredibly funny. They reminded me of the Three Stooges, and I loved that they kind of had aspects of some of the dwarves from the Disney movie. These guys stole my heart and added a layer of happiness to the tale.

What I really loved about the story was Snow White, though. She was so incredibly flawed and human, and I loved that. She was strong and fierce, and loved with all her heart, but she was also shy and anxious, and deeply introverted, and this sometimes affected her ability to speak publicly, or to a group of people. This in no way made her weak, but I loved how she learned from this and grew to overcome it. It made her relatable and unique.

Snow White was a beautiful faerie tale. It had magic, fun, and important moral lessons. It had beauty, passion, and hilarious comedy. It was a feel good tale that held nostalgia for both the original story and the Disney version, while holding it’s own as a uniquely refreshing retelling.